Are All Antiseptic Wipes Sterile? 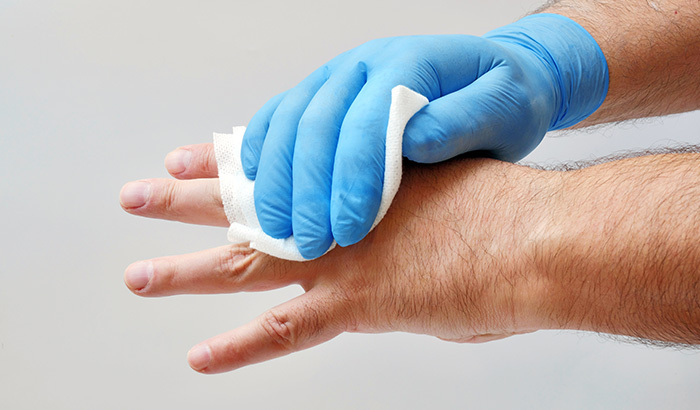 With the ongoing Covid pandemic and rapidly rising health concerns, antiseptic wipes have caught the public’s eye. However, the wide range of brands available and the variety of their products can cause confusion and misinformation. Are all antiseptic wipes sterile?

This article will take a more detailed look at antiseptic wipes. We’ll explain how they work, whether or not certain wipes are considered sterile, and if wipes even need to be sterile to be effective.

First of all, what defines something as being sterile? Many consider sterile to be somewhat similar to clean. And that’s, well, kind of lacking in definition. It’s important to note that sterilization is a defined term in medicine. To sterilize something is to decontaminate it to the point that no microorganisms continue living on it.

Hence, a sterile wipe has no microorganisms living on it whatsoever. So, why aren’t all antiseptic wipes sterile?

As such, it’s not uncommon for non-pathogenic microorganisms to survive exposure to antiseptic substances. The presence of small amounts of these microorganisms on the wipe is why all antiseptic wipes technically can’t be considered entirely sterile.

Many antiseptic substances may have properties that are harmful to humans. Hydrogen peroxide, for example, is a substance that has antiseptic properties. However, while it effectively kills microorganisms on the skin when used in an antiseptic wipe, it damages healthy cells and irritates the skin. This cell damage and skin irritation are why hydrogen peroxide wipes have been disappearing lately, and it is now more commonly used as a disinfectant.

It’s important to remember that antiseptic wipes are general consumer-level products. This is why they contain relatively low concentrations of antimicrobial substances.

Especially given the extreme variety in products and that each of these products has its own chemical compositions, the antiseptic wipes on the gentler, more-skin friendly end of the spectrum have relatively low concentrations of the actual active ingredients.

Their potency is usually enough to kill pathogenic microbes on the skin effectively, as well as in helping to reduce the likelihood that an open wound leads to an infection (when used correctly). Still, there’s a compromise to be made between increasing the effectiveness of the wipe and lowering the irritation it causes to the skin.

How To Identify Sterile Antiseptic Wipes

In contrast to the points made above, sterile antiseptic wipes are available. These are usually saturated in a sterile liquid, labeled as sterile, and each wipe is wrapped individually. They’re made to be sterile and are hence free from microbes.

As you can imagine, these wipes are much more customized for special use cases such as handling and cleaning sensitive medical equipment.

What This Means for You

Even though we’ve established that the available antiseptic wipes used as standard household products may not be completely sterile, that doesn’t take away from the fact that they work.

As mentioned earlier, antiseptic products effectively kill all pathogenic microbes, be it bacteria, viruses, or fungi. These are the microbes that you don’t want getting inside your body, and antiseptic wipes can help prevent that when used to clean a wound properly.

But for the most part, regular antiseptic wipes will do the job just fine. Their convenience, portability, ease of use, and functionality make them a great preventative measure against various diseases, just like soap and sanitizers are.

The Difference Between Antiseptic and Disinfectant Wipes

You might have heard the term disinfectant used alongside or interchangeably with antiseptic, which only adds to the confusion.

The primary difference between them is that antiseptic products are designed to be used on human skin. As such, they have lower concentrations of the active ingredient (due to considerations such as irritation and tissue damage). These should be used for the cleaning and dressing of wounds.

Disinfectants are designed to be used on inert surfaces, meaning they can have much higher concentrations of the active ingredient and are much more effective than antiseptics. However, the higher concentrations also mean they’re unsuitable for contact with human skin. Use them to clean sensitive equipment and areas such as your kitchen countertop.

Are Antiseptic Wipes Effective Against the Coronavirus?

Antiseptic wipes aren’t very effective against the Coronavirus in application to the hands. They’re okay as a last resort if no soap, water, or sanitizer is available but shouldn’t be the primary method for hand cleaning. If using an antiseptic wipe, alcohol content should be at least 40%.

On the other hand, disinfecting wipes effectively kill all cold/flu viruses on surfaces and are best used if your house or surroundings are exposed to these viruses.

Antiseptic wipes are often not 100% sterile as antiseptic products are made specifically to target pathogenic microorganisms, have low concentrations of active ingredients, and the wipes are consumer-level products.

Although antiseptic wipes aren’t entirely sterile, they’re effective for their intended purpose: to eliminate pathogenic microorganisms from the skin. Plus, they’re convenient, portable, and easy to use. You should use them in the event of an injury.

Sterile antiseptic wipes are also available and ideal for specific use cases such as handling and cleaning medical equipment. Here at Allied USA, we’ve made it a priority to provide a wide variety of medical-grade products, including antiseptic wipes. Check out our full selection today!